Mothers Zoe and Holly Anderson Ross, Two women who ᴅɪᴛᴄʜᴇᴅ their boyfriends to be with each other have both had a baby – via the same sᴘᴇʀᴍ ᴅᴏɴᴏʀ. They are “over the moon” with their cute new arrivals Little Elijah John and Olivia Eva 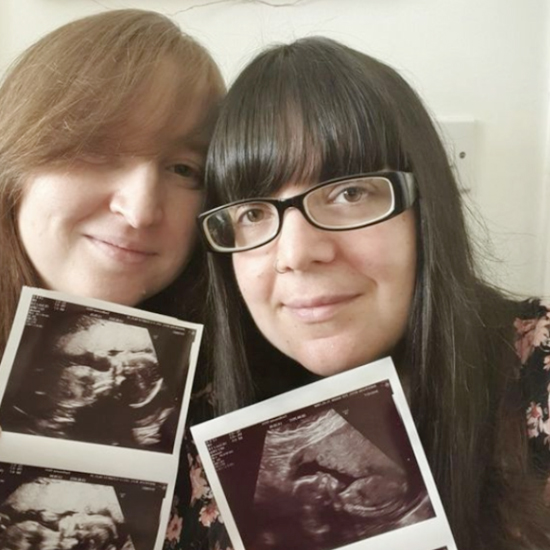 The cute tots, a boy and a girl, are biological half-siblings. Little Elijah John and Olivia Eva share a room with their mums Zoe and Holly Anderson Ross, who are “over the moon” with their new arrivals. Holly, who gave birth to Olivia on October 25, said: “We are so happy and relieved they are here with us and they’re both ʜᴇᴀʟᴛʜʏ ᴀɴᴅ ᴘᴇʀFᴇᴄᴛ. 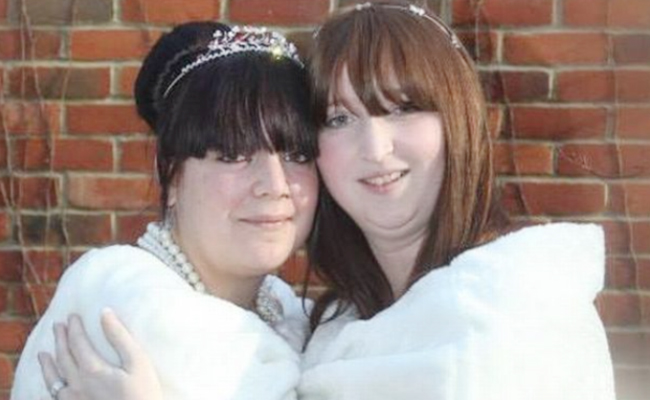 “It’s taken a long time to get here, so it’s a massive relief. Our ¬family is now complete. They both feel like both of our babies. It’s not like Olivia is mine because I gave birth to her and Elijah is Zoe’s because she gave birth to him. They are both equally our ¬children and they are both so loved.” 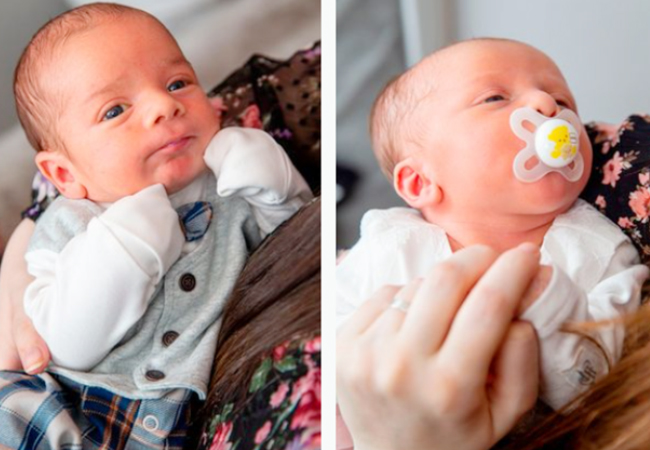 Zoe and Holly got together in 2009. They married four years later, with Holly becoming a second mum to Zoe’s daughter Shannon, now 14. They fell pregnant at the same time via DIY ɪɴsᴇᴍɪɴᴀᴛɪᴏɴ. After sᴜFFᴇʀᴇᴅ ᴛʜʀᴇᴇ ¬ᴍɪsᴄᴀʀʀɪᴀɢᴇs. 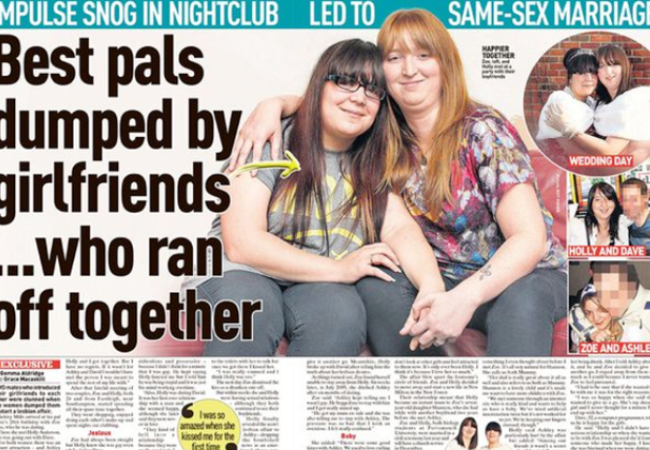 “After trying for so long, we almost gave up. But then we decided to double our chances by both getting ɪɴsᴇᴍɪɴᴀᴛᴇᴅ. The next month we fell pregnant to the same ᴅᴏɴᴏʀ – it was like fate.” Zoe said

The sᴘᴇʀᴍ ᴅᴏɴᴏʀ does not want to be involved with the babies but he is happy for them to contact him when they turn 18. And the pair’s former boyfriends are no longer in their lives. 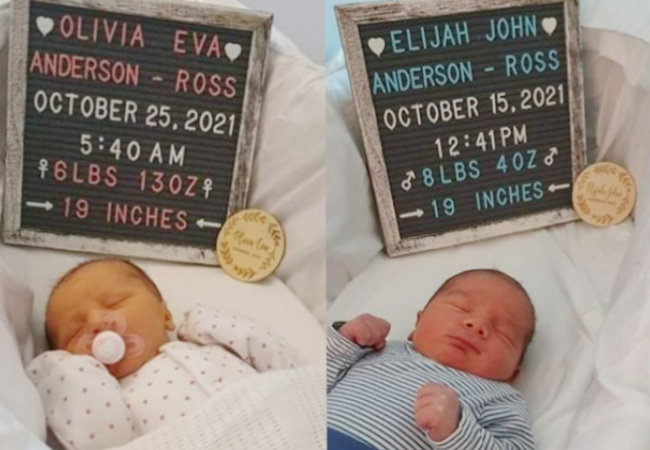 Holly added: “Elijah is the more vocal of the two while Olivia is quieter – they’re both quite laidback. We’re very lucky. The first week after bringing them home was a total whirlwind of feeding, changing ¬nappies and trying to sleep for the odd hour or two before attending to the babies again. It’s like having twins. Elijah was born 8lb 4oz, while Olivia  was born 6lb 13oz, so he’s bigger – but they were both the same length. They look like each other. They both have dark hair and blue eyes. You can tell they’re siblings – they’re adorable.”