Rachael and Chris Winterton, of Eastbourne, East Sussex, welcomed Jude, Lily-Rose and Esme in August last year following two rounds of IVF.  The parents admitted they ‘haven’t slept much’ in the months since and rely on ‘team work’ and careful planning to stay on top of their hectic family life. 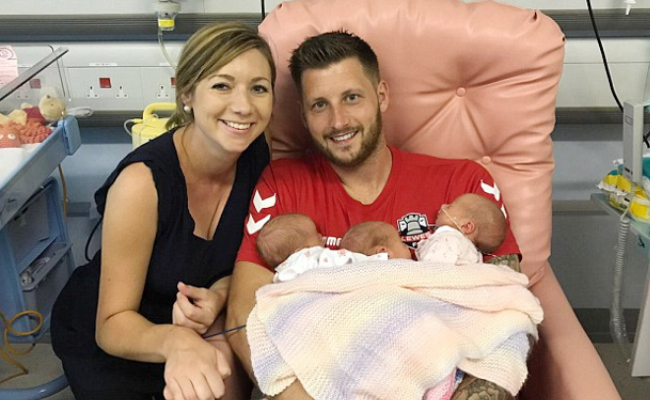 The mother-of-three was told her egg count was too low to conceive naturally but too high to be offered on the NHS. The couple eventually paid for private treatment in Cyprus, spending £11,500 on two rounds of IVF. 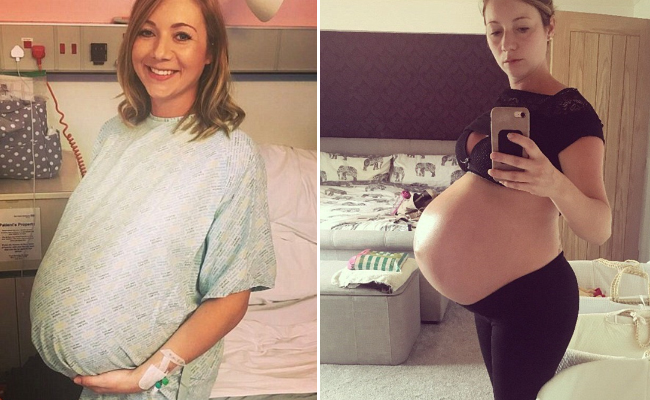 Rachael said: ‘We decided to implant them all [the embryos] because a lot of people have three or four implanted and just one of them survives.

‘You’re not meant to test for two weeks but six days later my stomach was so swollen that they told me to do a test which came out positive. I had to go to hospital and it turned out my hormone levels were so high they were making me swell up. They did a scan and told us all three embryos were growing. I just took it with a pinch of salt at first because it was such early days. I was sure when we went for a follow up there would just be one. But the next time we went back they confirmed it was triplets. Chris was completely silent and I just started laughing hysterically, this panicked laughter.It was so exciting but absolutely terrifying at the same time. Instead of one baby’s arrival to plan for we had three. We had to move into a bigger house, it was crazy.’ 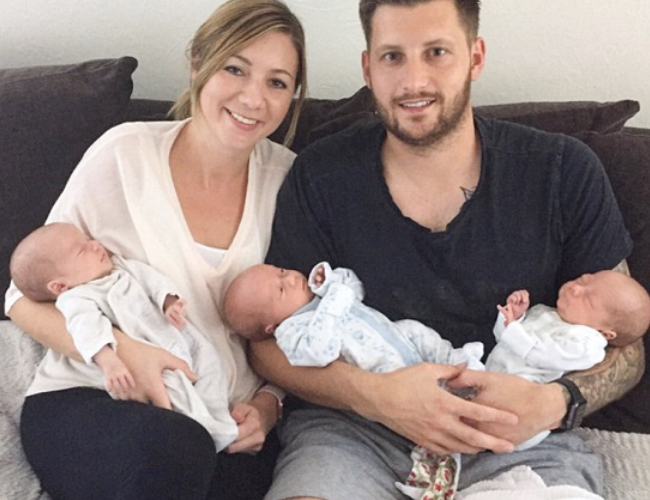 In the final weeks of her pregnancy petite Rachael, who is just 5’4′ and a size 8, had to walk around with both her arms under her huge baby bump to support the weight of it. The tiny triplets were born via caesarean at 33 weeks and six days weighing just 11lbs 3oz combined and were whisked away to intensive care. 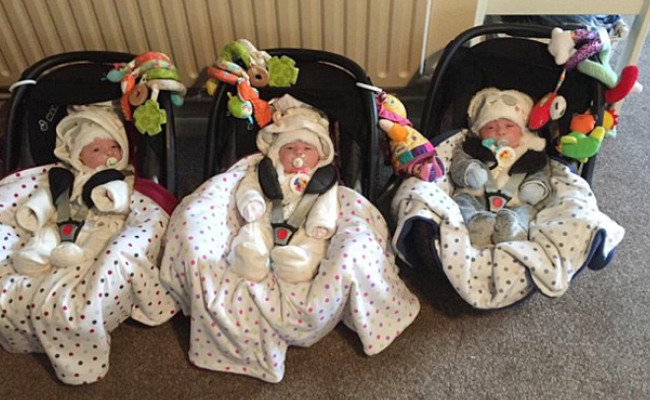 ‘It was really difficult not having that skin-to-skin time you imagine you’ll get as a new mum.  But they were all such fighters and they came home after two and a half weeks. They’re still small but that’s normal for premature babies. They are doing brilliantly. They’re all very different and their little personalities are coming out more and more now, they are really lovely. Esme is really placid and chilled out but then she’s got this wild side and loves to roar at us. Lily-Rose is our sensitive one, she’s very social and loves people but is also easily scared.’ Rachael said. 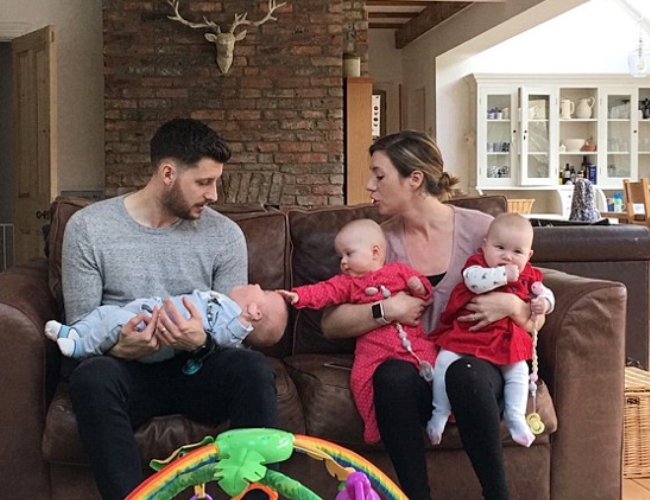 The day begins at 6.30am when Rachael, 28, and Chris, 29, juggle morning feeds while getting ready, and ends with story time and bathtime before bed at 6.45pm.  The rest of the day is broken down into manageable 30-minute slots.

‘The only way we’ve managed is by having a very strict daily routine. It’s all planned and timed very carefully, it’s like a military regime.’ she said 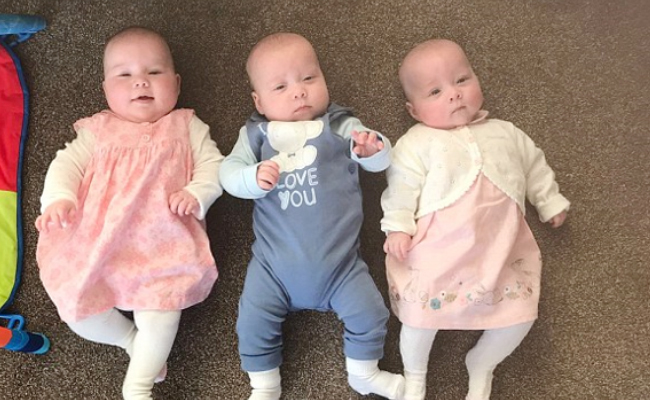 In the morning, the parents take turn entertaining and feeding the children while the other gets dressed for the day. Chris, a mortgage adviser, then comes home on his lunch break to help with the feeds.

Rachael said: ‘They have set times for half an hour naps throughout the day with feeds, and play time in between. We get them down for the night at 6:45pm and then it’s time for us to make and eat dinner before a very early night and it all starts again.’