Christina Torino-Benton stood in front of family and friends to declare her love for her husband-to-be, her childhood crush, Danny. Midway through the ceremony, the beautiful bride heard her 9-month-old daughter, Gemma, starting to cry and said she looked at Danny and said, “It’s happening.” He nodded in agreement, her mother handed her the baby, and she sat down and began to breastfeed her. 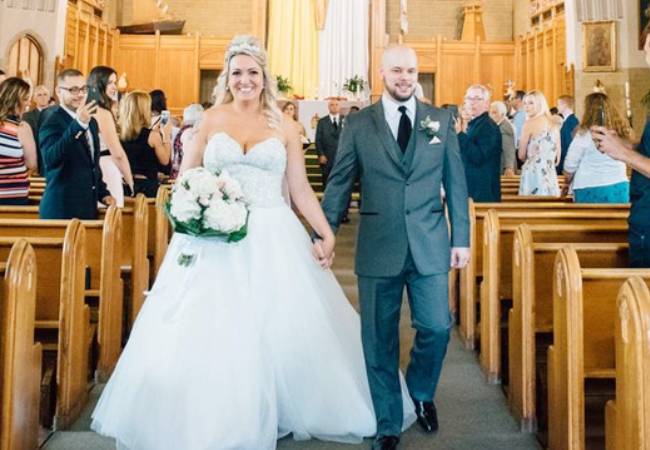 Moms are often shamed for breastfeeding in public, but when bride Christina Torino-Bento heard her baby crying at her own wedding ceremony, she ignored the stigma and breastfed in the front pew.

“I was pretty stressed out thinking about her being so upset,I was happy to take her and I was able to calm her down. I was feeling pretty proud of myself.” Torino-Bento said

Torino-Bento, who follows attachment parenting principles, exclusively breastfeeds her 9-month-old daughter, Gemma. She was concerned Gemma might become anxious during the ceremony and cry. The baby had missed her morning nap and would be in a crowded, new environment. When Gemma started crying 15 minutes in, Torino-Bento stopped the ceremony and nursed her. The infant soon fell asleep.

“It felt pretty normal, nothing too out of the usual for me, except for I was wearing a 50-pound dress,I was very fortunate I was able to maneuver myself out of it without too much struggle.”Torino-Bento told TODAY 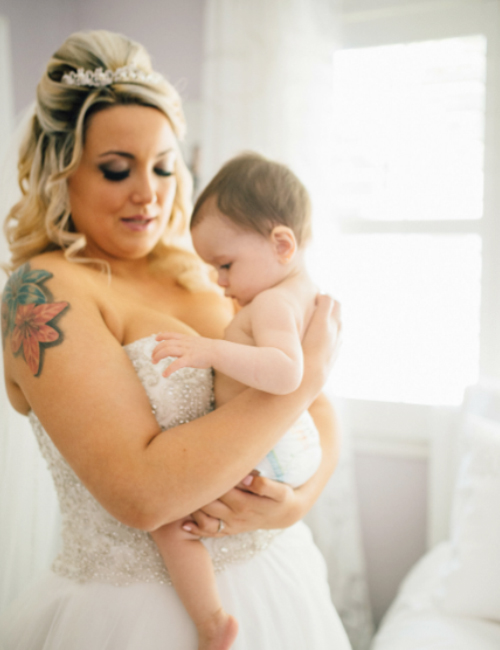 Wedding photographer Lana Nimmons took a shot of the sweet moment, which turned into one of Torino-Benton’s favorites from the day.
“When Lana sent me the photo I was SO happy she captured the momentIt is very special to me.” she says

While Christina didn’t know the photo was being taken at the time, she said she absolutely loves it. “Breastfeeding is so naturalIt took me a while to become comfortable with nursing out in the open, but now it’s completely second nature and I wouldn’t have it any other way.” Christina said 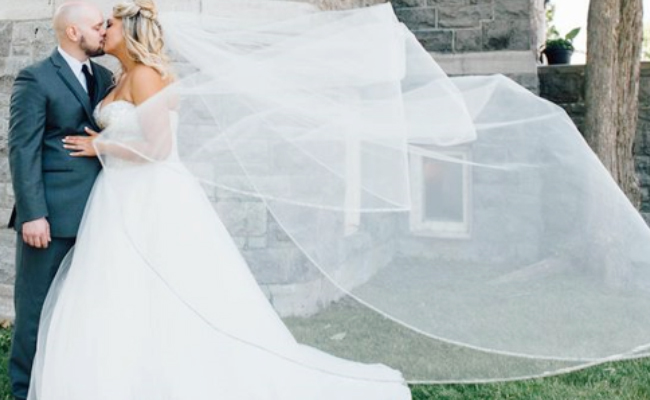 Public breastfeeding tends to be a controversial topic where anyone and everyone feels entitled to weigh in. Whatever side of the coin you land on, one thing is certain: when you become a mother, your child comes first — period. If you exclusively breastfeed your child, that means they come first even in the middle of your wedding. Torino-Benton is a perfect example of a mother’s dedication to her child. While Torino-Benton has seen some negative comments about her photo, she’s ignoring them and focusing on the supportive ones, like those from moms who shared photos from when they, too, breastfed during their weddings. 10 Superpowers Only Babies Have, The Parents  Don’t Know