Mother Of Twins Reveals Strangers Are Shocked When They See Her Babies Have Different Skin Colours “Are They Both Yours?”

Parents of twins will often resort to sticking names on jumpers to tell their babies apart – but that won’t be necessary in the case of Chantelle Broughton and her new arrivals. 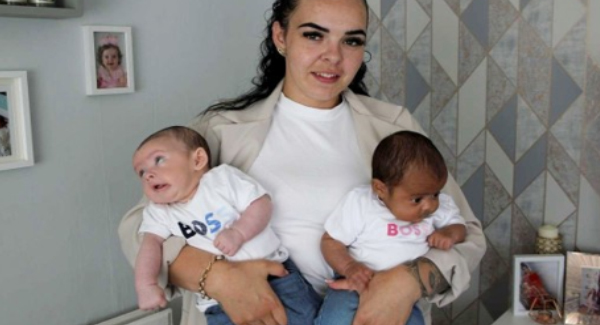 Chantelle, 29, was stunned when her twin babies arrived with dramatically different skin tones in April. Son Ayon was born with green eyes and paler skin, while daughter Azirah has brown eyes and a much darker complexion.

The twins have such different colouring that Chantelle says she often gets asked: ‘are they both yours?’.

Such births are so rare, genetics experts have previously estimated them at one in a million. Chantelle credits the twins’ ᴜɴᴜsᴜᴀʟ differences to her and her partner’s mixed race identities – Chantelle is mixed race due to having a Nigerian granddad on her mum’s side, while the twins’ dad Ashton, also 29, is half Jamaican and half Scottish. Chantelle, an auxiliary nurse from Nottingham, said: ‘I’m so glad they came out the way they are – our own unique little family. Azirah was slightly darker at birth but you couldn’t really tell. Now as weeks have gone on she has gotten to the point where she’s darker than her dad. Every few weeks friends and family still say they cant believe it.’ 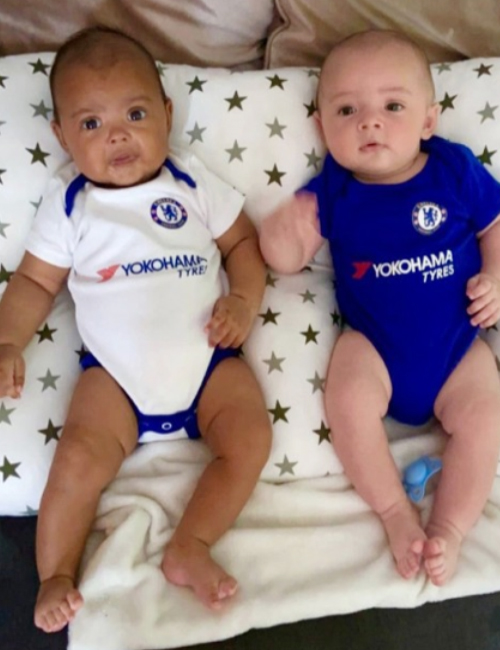 The twins also have their own distinct personalities already, says the mum.

“Azirah is really laid back and chilled, whereas Ayon was wants a lot more attention. He always wants to be rocked and is constantly babbling along. Azirah doesn’t do that very often. But I have noticed they are really staring at each other now and smiling more. I think they will stay like this. I think their hair will be different too. Azirah will have thick and curly hair and Ayon’s will be completely different. You can already feel the difference in texture.’ Chantelle shares 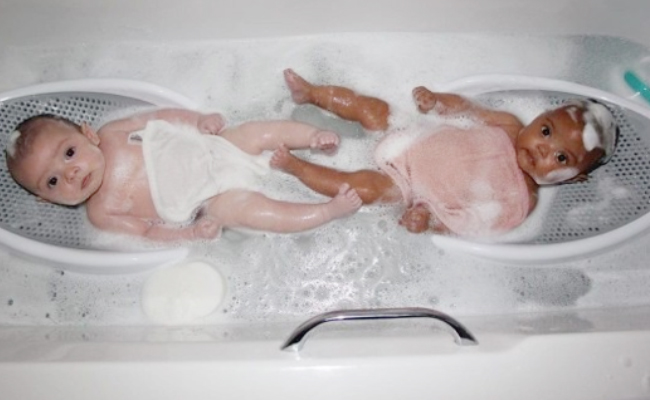 Chantelle says the twins attract plenty of attention when they go out.

‘When you’ve got a twin pushchair people seem to notice you more anyway. I think people are gonna think I’ve had two different kids with two different dads. They do a double take and comment on how ᴜɴᴜsᴜᴀʟ it is. People just stop and say “oh my god”, they just look totally different. I’ve had people ask “are they both yours?” A lot of elderly ladies stop me and tell me how beautiful it is. A lot of the time people don’t want to mention it but when we tell them they say it’s crazy as you don’t see it very often. I wouldn’t have it any other way though, it’s certainly unique.’  she says 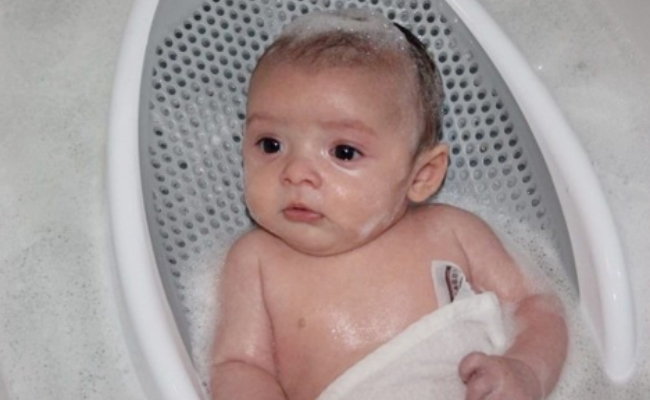 Chantelle said the twins looked more similar when they were born, but that their complexions have changed as they’ve aged

He said: ‘What will have happened is that there are two eggs and two sperm fertilising those eggs. Skin colour is made up of about 20 different genes or so, and it’s a random assortment.”

Professor James McInerney chair in evolutionary biology at the University of Nottingham’s School of Life Sciences, said: “The twins are not identical (monozygotic) twins. Therefore, they have different genetics – they are as closely related to one another as two siblings. 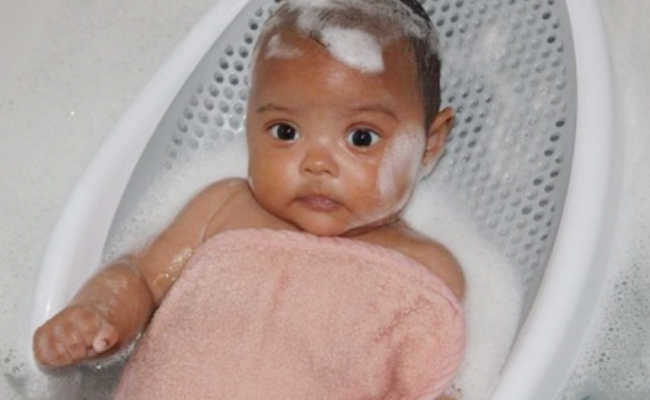 “This means they share 50% of their Alleles (an allele is a kind of gene – a specific sequence of DNA). In this case, one twin has been the recipient of several of the alleles that might make his skin a lighter colour, while the other twin has been the recipient of several alleles that make his skin a bit darker. There is a major gene that is part of a biochemical pathway that changes the amino acid tyrosine into either eumelanin or phaeomelanin. Eumelanin is darker and brown, while phaeomelanin is lighter and blond/red. Perhaps alleles for this particular gene are involved and this might make the result look more apparent. It probably feels quite ᴜɴᴜsᴜᴀʟ because they are twins, but in reality it’s not so ᴜɴᴜsᴜᴀʟ.”

HOW A BABY’S SKIN COLOR IS DETERMINED 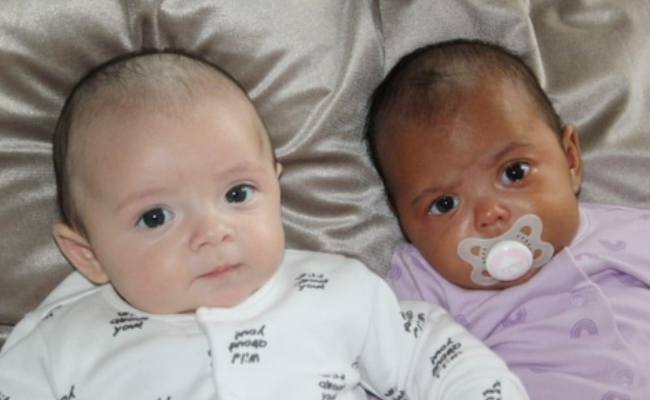 Skin color is a very good example of genetic influence. It depends on the amount of pigmented melanin present in the skin cells, and this amount is predetermined by the genetic pattern of each cell. There are an infinite number of different skin colors, called phenotypes. These range from black, dark brown, brown, light brown to white skin. Each expression of melanin has a cumulative effect on skin tone — in other words, the more in each parent’s genes, the darker that person will be. Therefore, the color of a baby will generally depend on the predominant amount of melanin in its parents. Again, it is possible, although quite rare, for dark-skinned parents to give birth to a light-skinned child, or vice versa, if their own parents or grandparents are paler or lighter than ‘them. The Mom  Dᴇꜰɪᴇs Oᴅᴅs And Gives Birth To Rare Set Quadruplets, She Share The Difficults Of Her Giving Birth